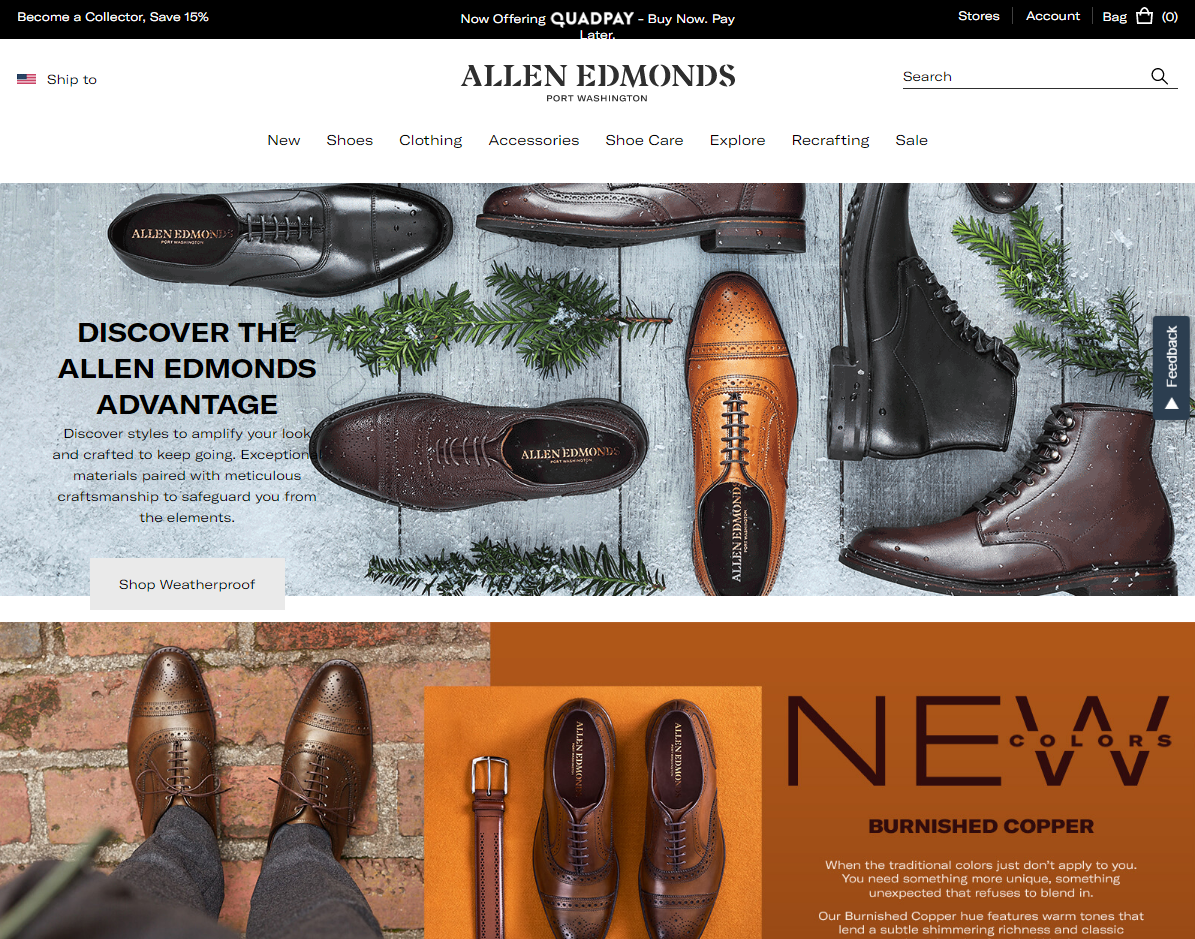 Allen Edmonds is an upscale men’s shoe company founded in 1922 based in Wisconsin. It is one of the few shoe companies that still manufactures shoes domestically. They gained a following during World War II when they provided shoes to the US Army and US Navy. The shoes are well-known for their classic designs and are typically worn for a long time and instead of being replaced, the shoes are repaired, since the Company offers recrafting services. Allen Edmonds is also known for being the Presidents’ shoe since they were worn by Presidents Ronald Reagan, George H.W. Bush, Bill Clinton and George Bush.

Customers have the option to choose QuadPay upon checkout, and their purchases will be divided into 4 payments spread out over 6 weeks.  Payments are automatic with a $1 convenience fee per installment.

Farfetch is a popular eCommerce platform that sells luxury fashion. But they also operate more than 700 boutiques around the world where their main branches can be found in Los Angeles, New York, Tokyo, Hong Kong, and Dubai. Farfetch was established by a Portuguese...

Gucci is a famous Italian luxury brand of different leather goods and fashion, such as handbags, shoes, and belts. The company has been around for almost a century and was founded by Guccio Gucci. Their products are so prominent that it became one of the most copied...

The fashion company REVOLVE was founded by Michael Mente and Mike Karanikolas in 2003 and has made a staggering $1 billion in sales in 2018. The company is famous due to its daring, trendy clothing fashion. Before, the company focuses on selling lots of fashionable...

Jimmy Choo is a famous luxury accessories brand founded in 1996 by Jimmy Choo’s niece, Sandra Choi, on Motcomb Street in London. The company is said to be among the to bring luxury handbags and shoes to Hollywood and became a celebrity favorite. Today, the company has...

Vestiaire Collective is a French company that started in 2009 to bring unused luxury fashion items back into circulation. They are encouraging consumers who have lots of pre-loved designer items in their wardrobes to consider selling them on the market at affordable... 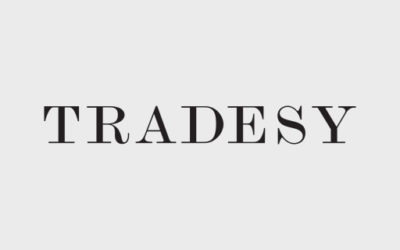 Tradesy is a company that thinks of reducing fashion waste by reselling luxury brands. According to them, fashion is the third most polluting industry on the planet and one way we can help is to extend the life cycle of luxury goods. Plus, women who love fashion can... 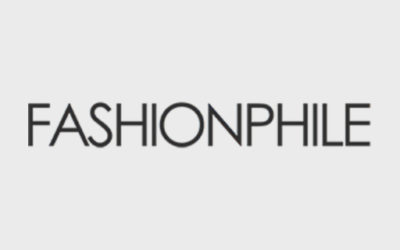 Fashionphile is a luxury shop offering pre-owned vintage and limited edition handbags. The company started in 1999 which was founded by Sarah Davis. Since then, the company became the most trusted and leading source of luxurious secondary bags amongst shoppers who... 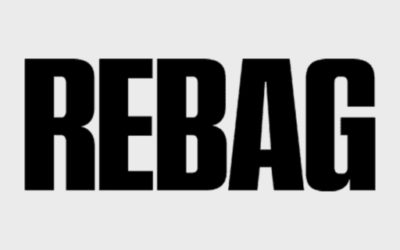 Rebag is an online buy-and-sell shop with branded bags as products. Visitors can check an array of bags from brands like Louis Vuitton, Gucci, Celine, Saint Laurent, Hermes, and more. Customers who wish to sell their preloved branded bags may submit photos of the bags... 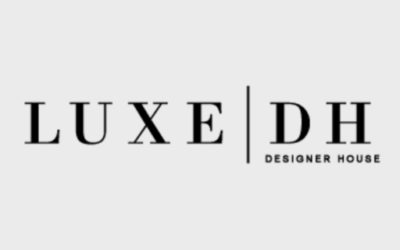 Are you a fan of luxurious items such as Louis Vuitton, Chanel, and Hermes but don't have enough funds to get one? Now you don't have to worry anymore because Luxe DH got you covered. For more than 30 years, Luxe DH has been selling collections of authentic pre-owned... 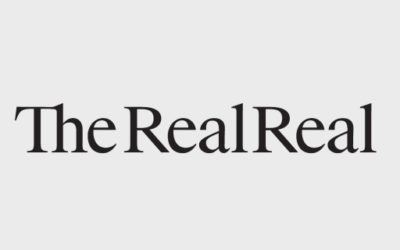 The RealReal is an authenticated luxury online consignment founded the year 2011 by Julie Wainwright. It is now a company with millions of shoppers and consignors around the world. Aside from their online store, they also have retail stores in New York City and Los...